A massive chemical fire destroyed an entire city block in Chelsea, MA in May 1974. The burned-out area sat dormant for decades.

Cleaning up brownfields can be expensive, so contamination is unlikely to be removed unless a site is intended for a new use that makes remediation financially worthwhile. The Chelsea Economic Development Board acquired the property in 1999 and investigations revealed significant presence of polychlorinated biphenyls (PCBs), petroleum, and heavy metals. Despite being less than 200 feet from the Chelsea High School, remediation was deemed too costly. The site remained an eyesore in a highly visible City neighborhood.

In July 2012, MassDEP requested the U.S. EPA’s assistance to conduct a site evaluation on behalf of the City in partnership with XSS Hotels and its vision for development. A multi-stakeholder team was formed to guide cleanup actions and construction of a 152-unit hotel development. The 1.2-acre parcel located alongside Route 1, a major thoroughfare connecting communities north of Boston with the downtown.

Looking to minimize unnecessary landfill deposition, after excavating the original building concrete pads/footings, contractors were able to decontaminate and crush the concrete, and use the clean rubble as backfill to achieve structural stability in the deep excavated site areas. EPA’s on-site work also included removing and recycling buried scrap metal. While residual PCB contamination remains in soil, the combined MassDEP and EPA-approved final risk-based cleanup solution allowed residual PCB contamination to remain with the construction of an engineered cap over the entire site, with institutional controls placed to prevent human exposure to the remaining soil contamination. 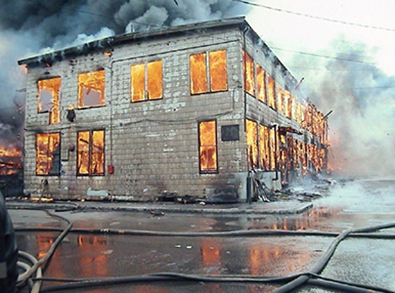 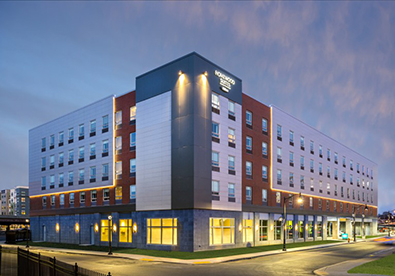