CDW is conducting preliminary studies and review of project data to produce documents to support 25% design of the Atlantic Avenue Bridge over Little Harbor Inlet in Cohasset, Massachusetts. These documents will demonstrate the potential environmental effects of the proposed project. CDW is responsible for the environmental permitting process and will coordinate with local, regional, state, and federal agencies to determine whether environmental resources are in the project area, their extent, and potential significance. We are evaluating the following permit programs to satisfy the requirements found in the following state and federal environmental regulations.

CDW will also be conducting wetland resource area delineation in accordance with the Massachusetts Wetlands Protection Act and the Federal Clean Water Act. 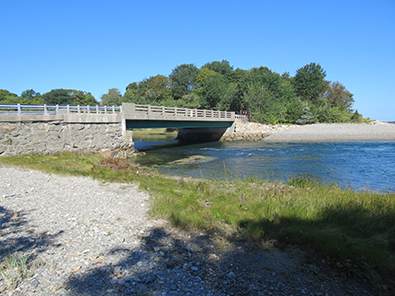