CDW was part of the design and construction services team that rehabilitated the bulkhead seawall along the Mystic River in Charlestown, Massachusetts. The final phase of the project includes construction of a multi-use path along the adjacent riverbank for the community to enjoy.

Knowing the site had previously housed a coal gasification plant, CDW began by conducting a subsurface investigation to identify current soil and groundwater conditions. As suspected, coal tar related constituents -- petroleum and polycyclic aromatic hydrocarbons -- were found in the soil and sediment. Jet grouting would be needed to stabilize the underlying sediments.

CDW followed the Immediate Response Action (IRA) protocols as outlined by the Massachusetts Department of Environmental Protection Bureau of Waste Site Cleanup to mitigate the release of coal tar within the cofferdam during the jet grouting. An IRA is a mandatory risk reduction measure that must be taken at all sites that have a spill or site conditions requiring notification to MassDEP within 2 or 72 hours. Further investigations were conducted to characterize the extent of the release and to comply with MassDEP regulations that include submittal of Phase Reports.

CDW developed the environmental design criteria needed to manage the soil displaced by the project. Additional media sampling is planned as part of a Method 3 Risk Characterization to ultimately achieve regulatory closure. An Activity and Use Limitation is planned to restrict future development. 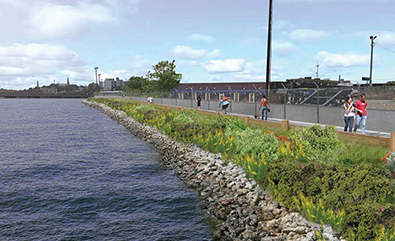 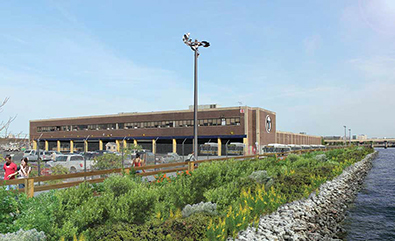